The days here in Germany are getting cooler and cooler. Summer is dwindling down..which make me a very happy lady. Since most European homes don’t have AC, cooking can get really hot. So, basically, I’ve been waiting for it to get a little cooler to make this recipe. 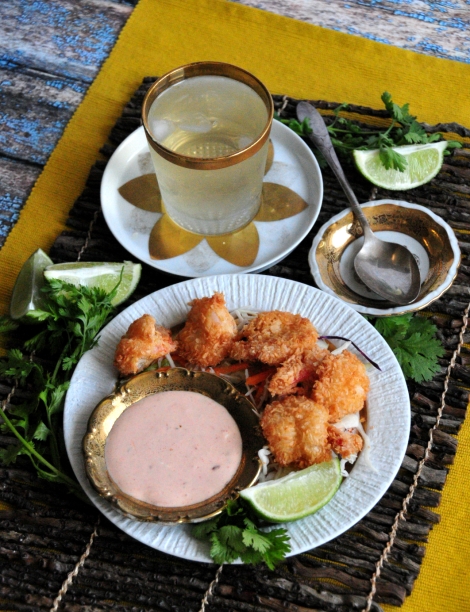 Coconut shrimp always reminds me of living in Virginia Beach. Ordering it at a restaurant can get pricey, and it’s also loaded with carbs. By subbing out breadcrumbs for coconut flour you cut the majority of the carbs out. 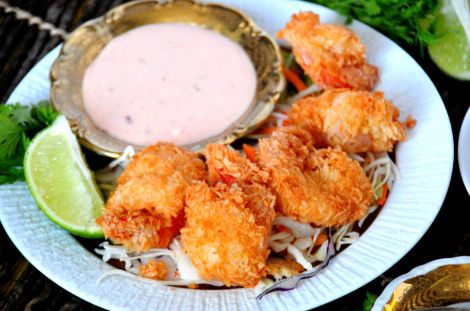 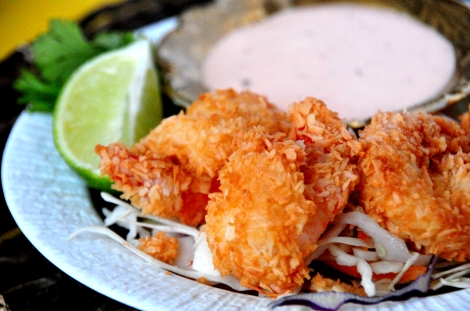 The secret to amazing coconut shrimp is frying them in coconut oil. So these shrimp have the trifecta coco-nutty goodness. I was lucky enough to have Tropical Traditions send me a jar of their fabulous coconut oil for me to cook with! They also have agreed to host my giveaway for this month!

Tropical Traditions Gold Label Virgin Coconut Oil is a truly unrefined coconut oil. This coconut oil is made on Mt. Banahaw and surrounding areas from organic coconuts. Coconuts are used fresh (within 24-48 hours of harvest) from small family farms on Mt. Banahaw and other rural places in Quezon Province, the coconut capital of the Philippines. Only the highest quality coconuts are hand-picked from each harvest. The volcanic soil of Mt. Banahaw makes these organic coconuts some of the most nutritionally rich coconuts in the world! Testing done in independent laboratories on coconut oil antioxidants reveals higher levels of phenolic antioxidants than other coconut oils. 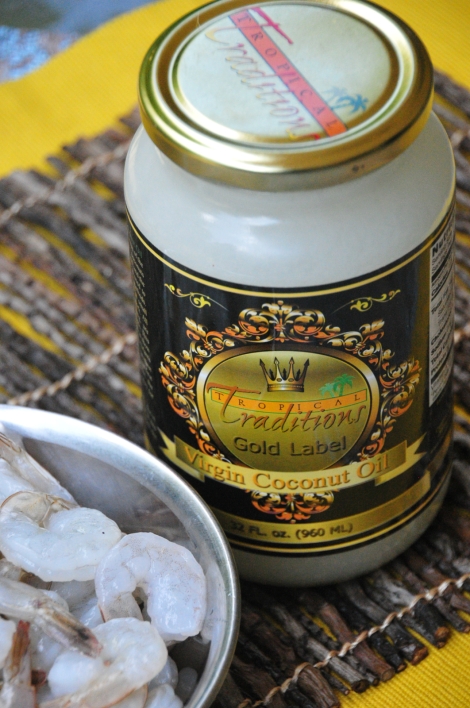 Making coconut shrimp is super simple. I like to butterfly mine so that you get a little extra coconut to stick to it and extend the meat you have. To save money you can get whole, uncleaned shrimp–they just take a little more work to prep. Here is a great video on how to clean shrimp & butterfly them:

The first thing you want to get ready is your breading station. Three separate bowls for coconut flour, beaten eggs and unsweetened shaved coconut. 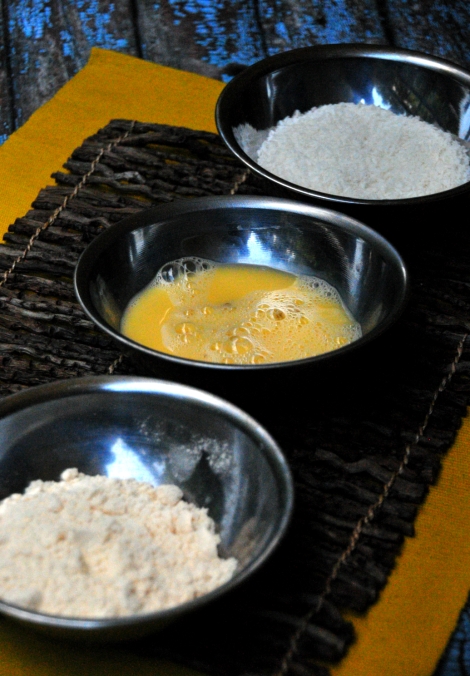 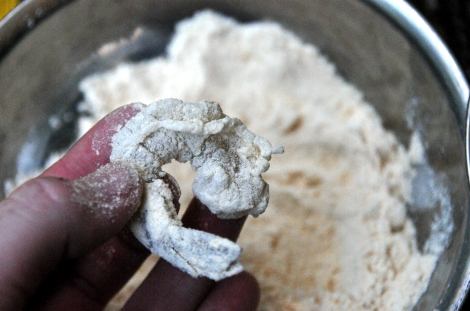 Dredge shrimp in coconut flour and shake of excess flour. 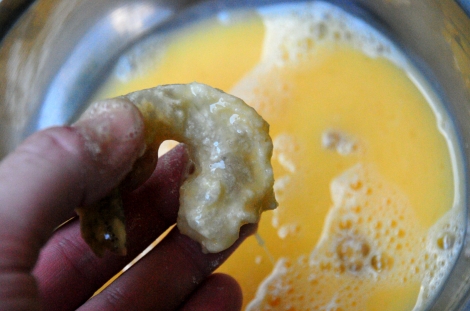 Dip shrimp into eggs and shake off excess. 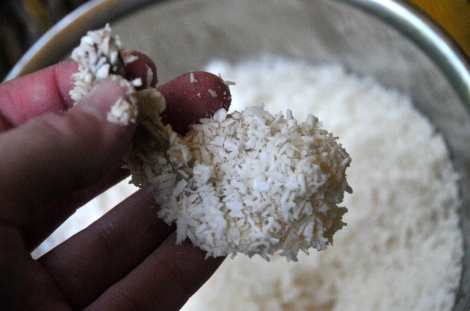 Bury shrimp into the coconut and lightly press down, this will insure a fully coated shrimp! 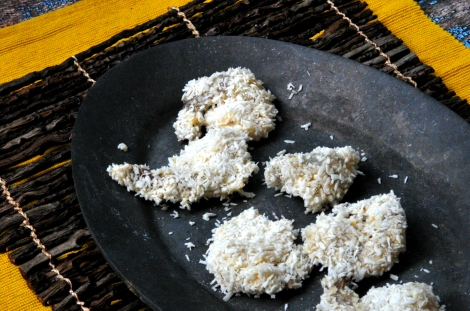 After all your shrimp is breaded place in the freezer for a minimum of 1 hour. Frying the frozen shrimp will give you a nice golden brown crust without over cooking the meat.

So, before I get into the recipe…I have some great news! Alex and I recently adopted a new dog! Her name is Rosie (to go along with our other fur-baby Axel. Get it? Axel & Rosie!) I am pretty sure that they are in love, and Rosie is totally the alpha for being such a little girl. She is half chihuahua and half Dachshund. 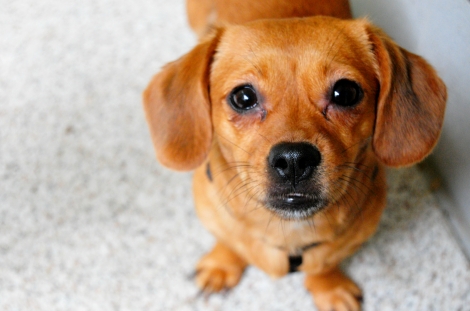 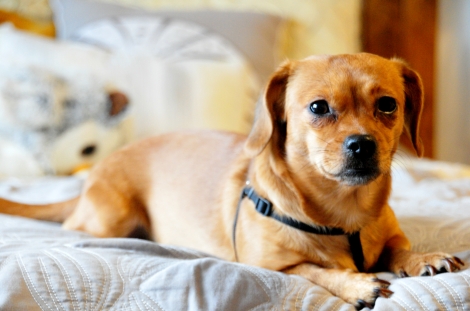 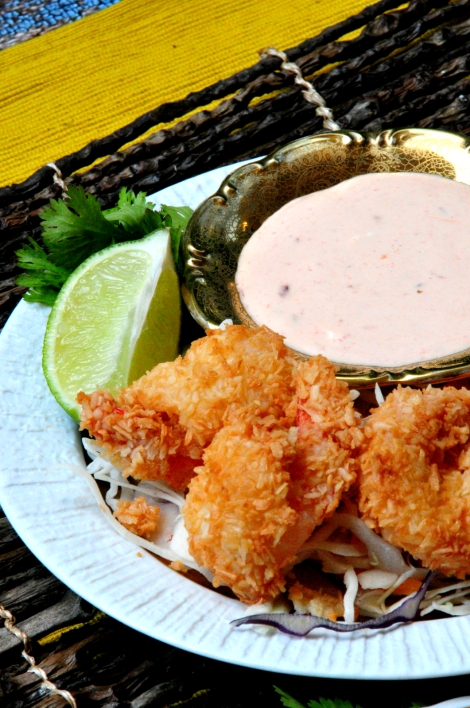 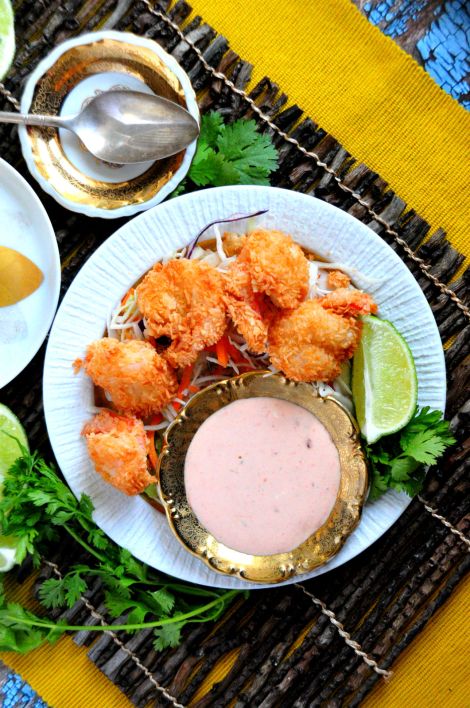 Disclaimer: Tropical Traditions provided me with a free sample of this product to review, and I was under no obligation to review it if I so chose. Nor was I under any obligation to write a positive review or sponsor a product giveaway in return for the free product. 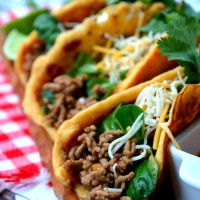 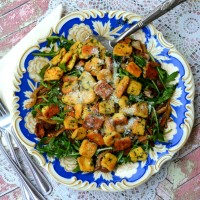 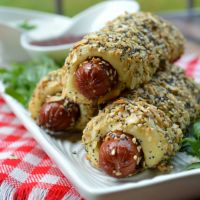 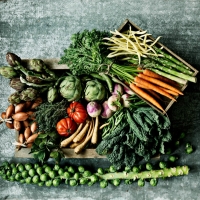 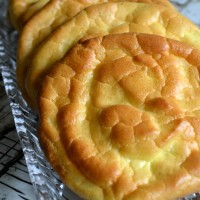 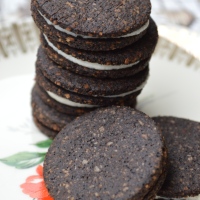 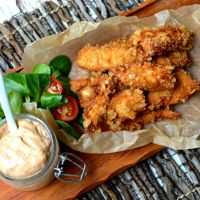 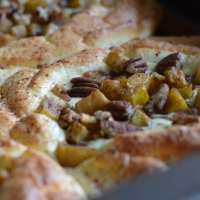 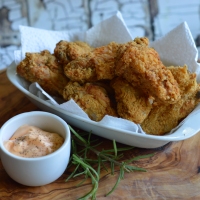